Big Data for the United Nations

Evolution of the worldwide web

The mobile phone has become the world’s most pervasive and most widely used communication medium. For many around the world, the mobile phone is even the only communication medium, with 1 billion fixed-line phones worldwide, 2.5 billion TV sets, some 3 billion radios and 3 billion internet users, but over 7 billion mobile phones! And even in the most developed countries like the United States, since 2015 people have started to spend more time on mobile apps than on watching television. 89 % of cellphone owners say they used their phone during the most recent social gathering. What are people doing when they are 'on their phone' all the time? We monitored the complete app usage of 10,728 smartphone users for one month each and collected the digital footprint of 56 million sessions with over 16,000 apps, recording almost 1 million hours of interactivity. Together with our college Prof. Ashwin Aravindakshan, from UCD Graduate School of Management, Prof. Hilbert is leading the elaboration of a taxonomy of mobile apps, which allows to explore communication patterns on mobile apps.

Algorithms are increasingly taken over what formerly were human decisions. They decide which news we see on social media, 3 out of 4 transactions on U.S. stock markets are executed by automated trading algorithms, they manage our electric grid, and are the match-maker for 1 in 3 marriages in America through online dating sites. Algorithms are essentially procedures, recipes that describe a process. As such, they sometimes even replace entire rules or laws, such as when they are running an metro-station, including trains, which was previously meticulously regulated by laws, which were executed by people. For several semesters how, ﻿Prof. Hilbert ﻿has been offering CMN 198 "Directed Group Study", in which undergraduate students gain first research experience while exploring the increasing role algorithms play in our daily lives. If you are interested in joining, contact Prof. Hilbert and also consider signing up for CMN 170V "Digital Technology and Social Change". 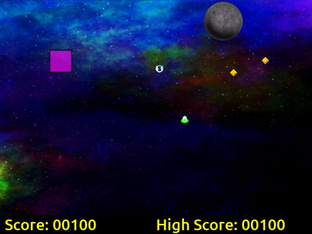 Asteroid Impact
Asteroid Impact is a naturalistic, open-source, and fully customizable video game stimulus for experimental behavioral research. The game itself is written in Python and can be deployed on any platform (Linux, macOS, Windows). The game is fully customizable and can be programmed to include a variety of different behavioral tasks. Current game features are not limited to, but include: secondary task reaction time measurement, scoring system, algorithmic difficulty adjustment based on player performance, and a content analysis of every game event with 16ms temporal resolution. Asteroid Impact can interface with TTL signals from both fMRI scanners and psychophysiological systems. Download and use Asteroid Impact in your own lab. If you'd like to contribute new features, let us know! 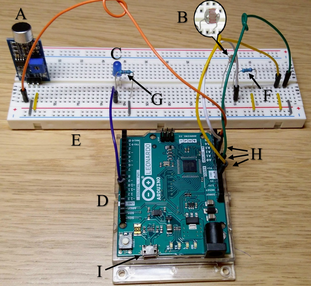 If you don't we've built a simple and completely open-source tool for you to find out. For about $45, you can build an Arduino microcomputer to measure reaction time error in your experimental hardware and software. We've provided everything you need (open source code, open source hardware, and even the schematics) to find out just how accurate your reaction time measurements are. Finally, everything about this project is platform agnostic. You can use the Arduino and code on Linux, macOS, and even Windows.